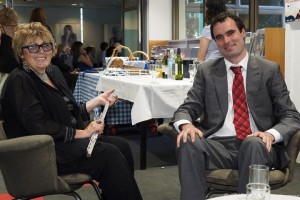 Moving German exhibition Memories in my luggage (Feb 2015):
“We were privileged to be entertained by the Lark Duo. Zina Kaynarska (flute) and Shannon Millard (guitar) are masters in classical and contemporary music. I love this shot of them relaxing after their performance!”  Facebook reference by Sabine Nelson. 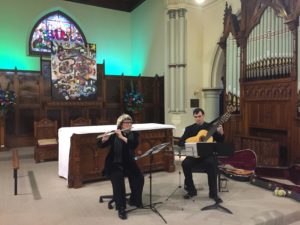 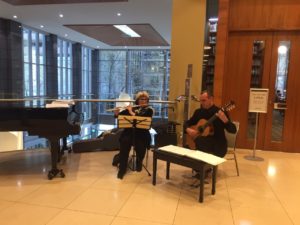 One of the numerous performances at Melbourne RACV Club (September 2018) 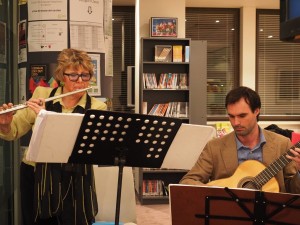 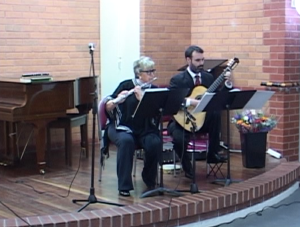 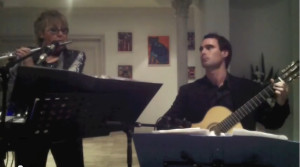 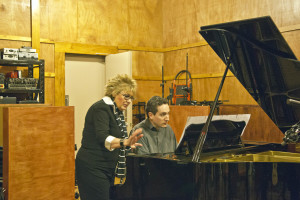 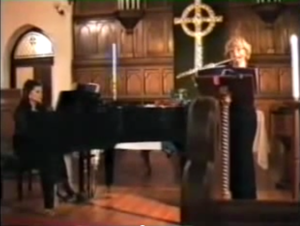 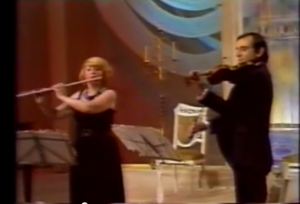 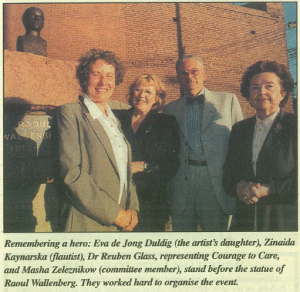 After the Zina’s performance in Fitzroy, published by Boroondara Bulletin (7 Feb 2000) 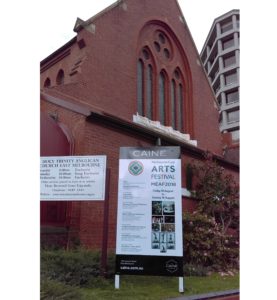 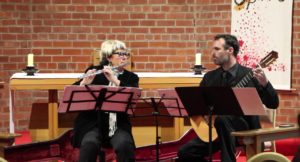 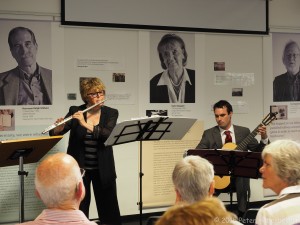 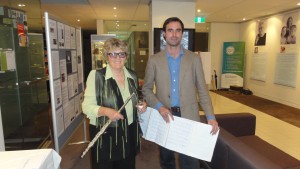 Zina and Shannon after the concert (2015) 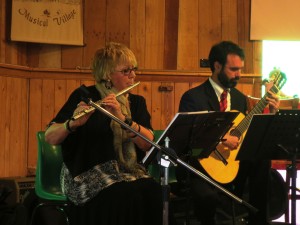 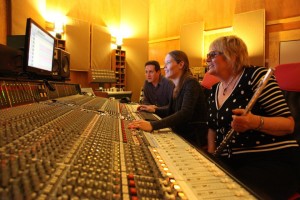 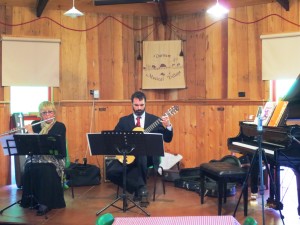 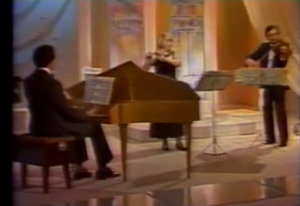 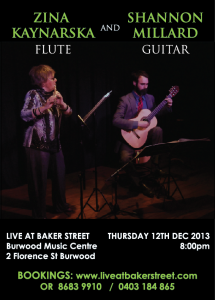 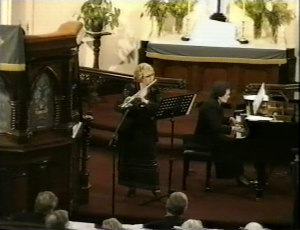